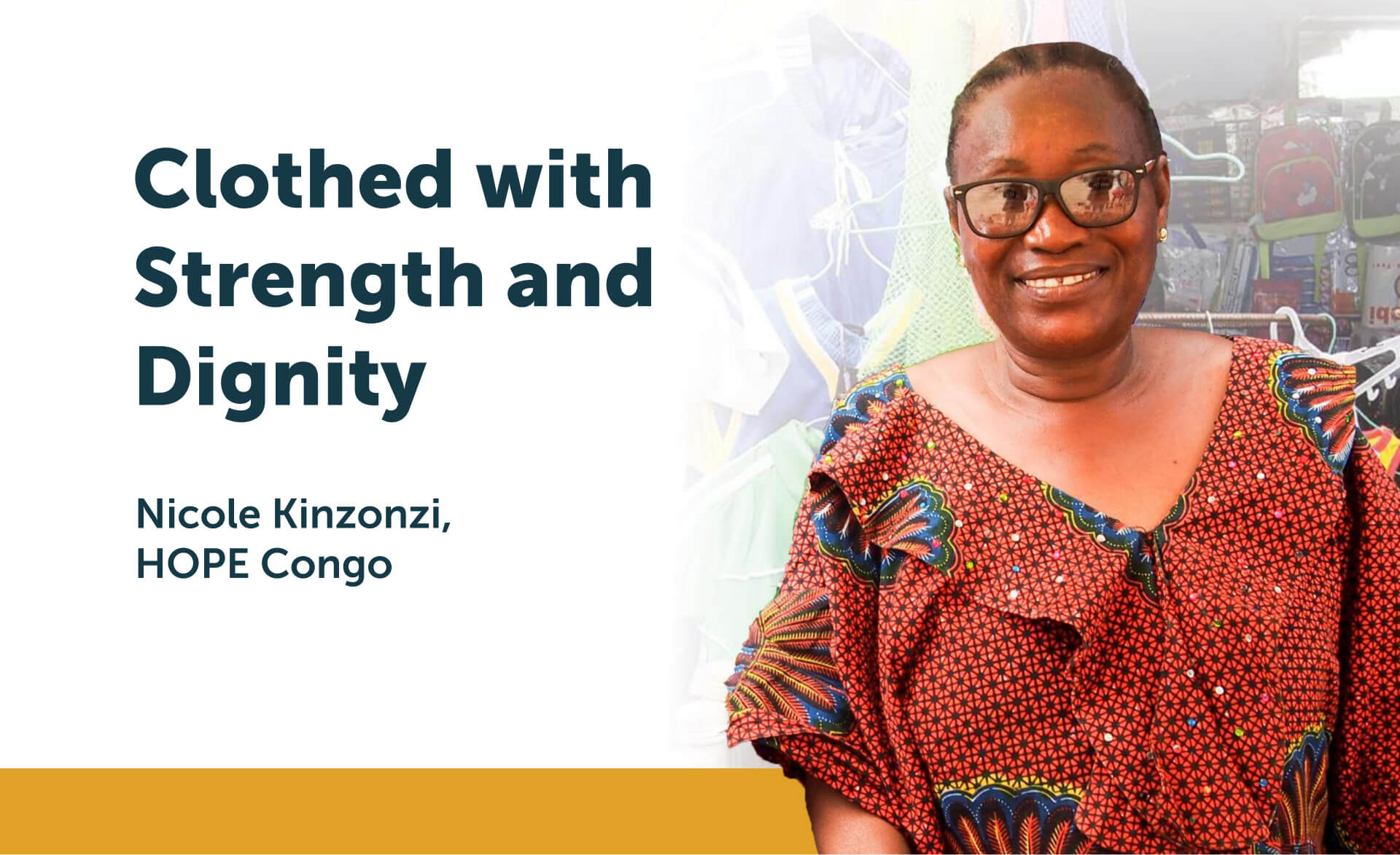 “Before, my business could not help my family,” shares Nicole Kinzonzi, “but thanks to HOPE, I became a businesswoman.”

Before joining HOPE Congo, Nicole struggled to turn a profit in her clothing store, unable to invest in business growth or save enough to help support her four kids. But after learning about HOPE Congo 10 years ago, Nicole took out a $421 loan to grow her small store. Gradually increasing her inventory and her profits, she used subsequent loans to diversify her business—adding food staples and cooking tools in response to her customers’ requests.

Over her decade with HOPE Congo, Nicole has quadrupled her loan size. And today, she celebrates how she’s been able to support her kids’ education, from her youngest son’s nursery school fees to her daughter’s recent college degree! She’s paid for significant improvements to her mother’s home, and her next dream is to build a new home for her family.

Through trials, Nicole has remained resilient. When she was paying back her seventh loan—for $1,435—an economic and financial crisis hit the country, following the decline in oil prices in 2014. This crisis drove up her costs and limited her customers’ ability to pay: “It was not easy for me,” shared Nicole as she reflected on paying back her loan. “But I did it.”

Most importantly, while Nicole’s business grew, so did her faith in God. “Before [joining HOPE], I thought we could not associate God with money, but now I’ve learned to entrust my business to God’s hands.” When her church couldn’t afford its water bill—$21 a month—Nicole felt called to pay it. “I spoke to God, saying, ‘Lord, you have blessed me so much I have to pay for the water bill for your house.’”

By God’s grace and through the support of faithful donors like you, thousands of men and women like Nicole are scaling their businesses to impact others.