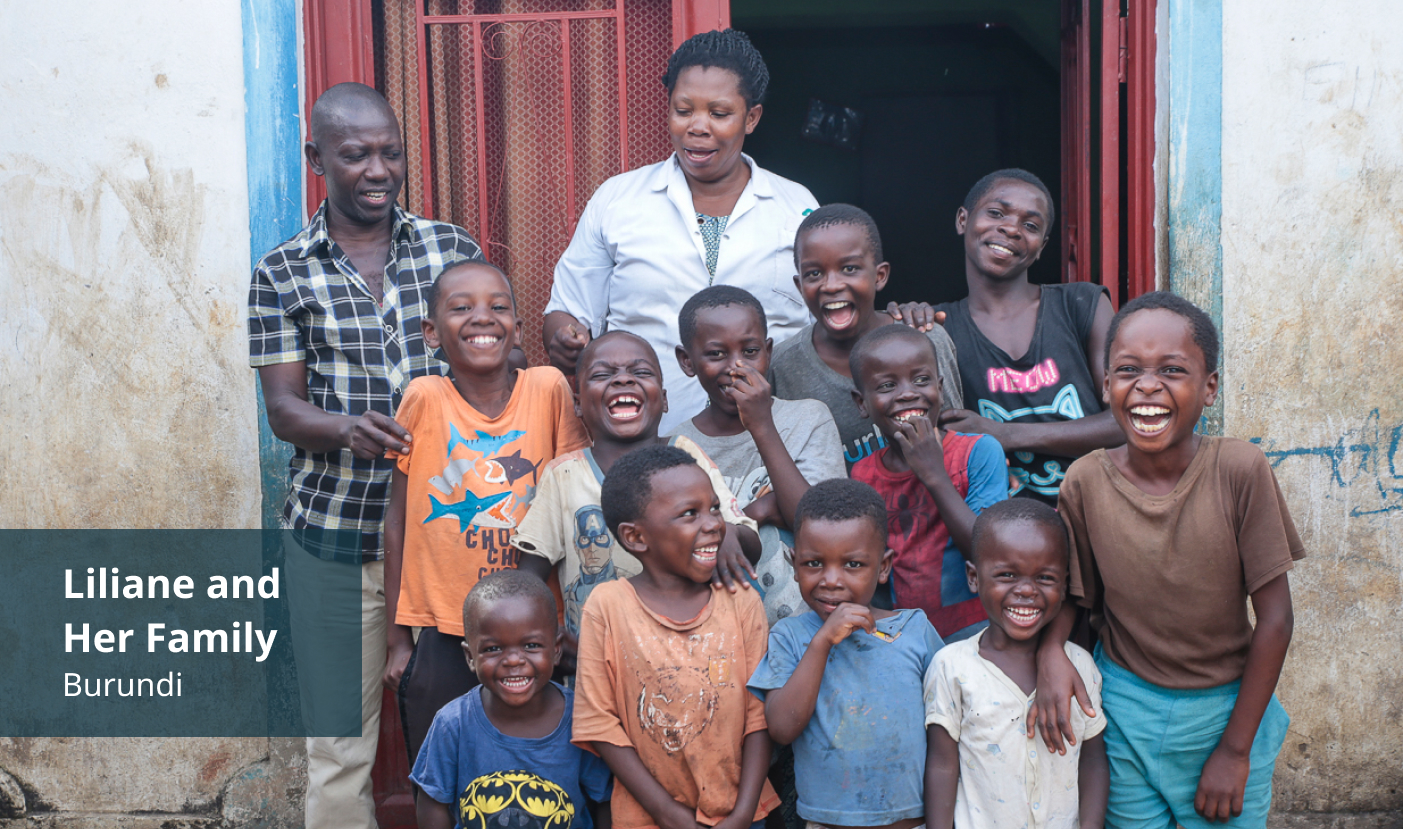 Burundi has the lowest gross domestic product per capita in the world: $752 a year compared to $62,250 in the United States. The poverty rate was expected to reach 87% last year due to pandemic shocks and their effect on an already fragile economy (World Bank, October 2021).

Since 2004, Turame Community Finance, HOPE’s microfinance institution (MFI) in Burundi, has equipped underserved Burundians with access to loans, savings, biblically-based training, and discipleship. In Kirundi, the local language, Turame means “here to stay”, and that’s what they’ve been doing for 17 years. At the end of 2021, Burundi’s tax authority and the President recognized Turame as the best company for tax transparency and growth in the entire country. “Seek the peace and prosperity of the city to which I have carried you into exile. Pray to the Lord for it, because if it prospers, you too will prosper.” (Jeremiah 29:7)

Seven years ago, Liliane had dreams to open a restaurant but no collateral. Turame Community Finance, HOPE’s Microfinance Institution in Burundi, was the only bank that was willing to take a chance on her idea, providing a community bank loan where the average first loan is $25. Since then, Liliane’s entrepreneurial drive has led her to open two hotels with restaurants that employ eight people. A woman of perseverance, Liliane has been praying for her husband’s salvation for years. While she became a believer around the time they got married, her husband came to faith in 2020, setting aside his alcoholism and choosing to be baptized on Christmas Day! A mother of nine biological children ranging in age from 3-20 years old, Liliane has also adopted six other children, including one whose parents died during Burundi’s civil war. Liliane uses her business profits to provide a home, clothing, food, and school fees for all of her children. Her care and generosity extend beyond her family, as she shares, “I help my neighbors who are short of food. Even in my group, if a member misses the money for the loan repayment, I intervene.”

You, too, can invest in dreams! If you would like to learn more about how you can be a part of alleviating global poverty in all of its forms, please contact Matthew Baehr at mbaehr@homes4hope.org or 717-719-0313.