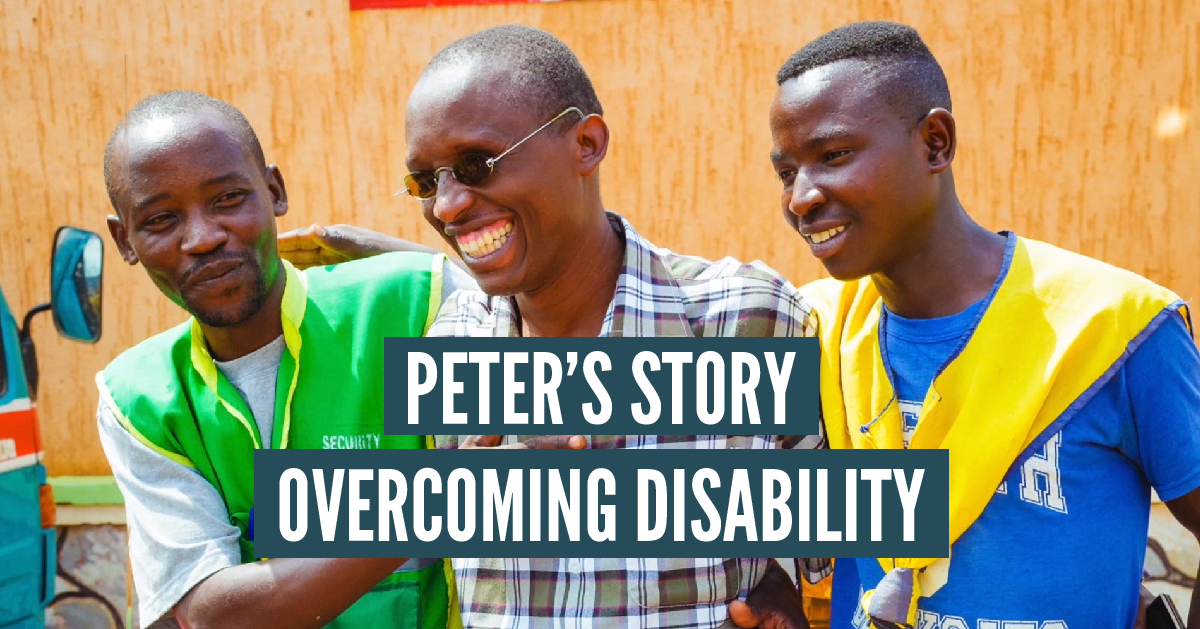 After a severe case of measles left him blind at age 8, Peter felt he had limited options for his future. In a culture where blindness is highly stigmatized, many blind people live as beggars.

After a severe case of measles left him blind at age 8, Peter felt he had limited options for his future. In a culture where blindness is highly stigmatized, many blind people live like beggars.

To support their three children, Peter and his wife, who also lost her sight to measles as a child, decided to start a business building rental properties. Every bank turned him away, prejudiced against his disability. But after he learned of Urwego Bank, HOPE’s microfinance institution in Rwanda, Peter received a loan and started his business in 2013.

With their family’s increased income, Peter can now afford to send his children to school. He was even able to support his wife through college to study special education. For other families in their community with disabilities, Peter and his family are an inspiring example of overcoming stigma with patience, courage, and diligence.

“Who I am and what I have is because of God,” Peter says. “The fact that I am blind, but God gives me ideas and designs on how to construct my houses, gives me strong reverence for Him.”

Since the making of this video:

The Impact of one Home for HOPE

By building Homes for HOPE in support of HOPE International, our builders are able to provide nearly 1,000 people around the world – just like Peter – with access to discipleship, business training, savings services, and small business loans, empowering them to provide for themselves and their communities by putting their God-given talents and ideas to work. Additionally, these loans are paid back 98% of the time, meaning that the impact from one home can continue for many years.

To learn more about Homes for HOPE, contact Director of Development, Matthew Baehr, at 717-719-0313 or email mbaehr@homes4hope.org.